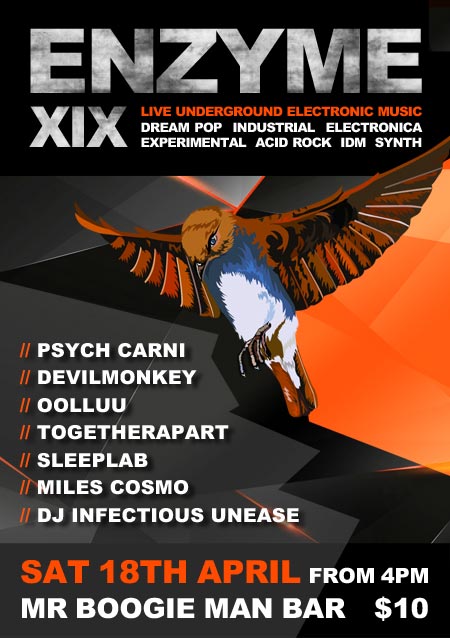 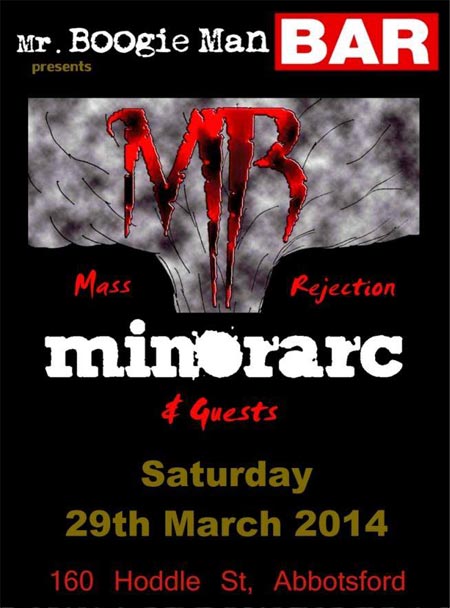 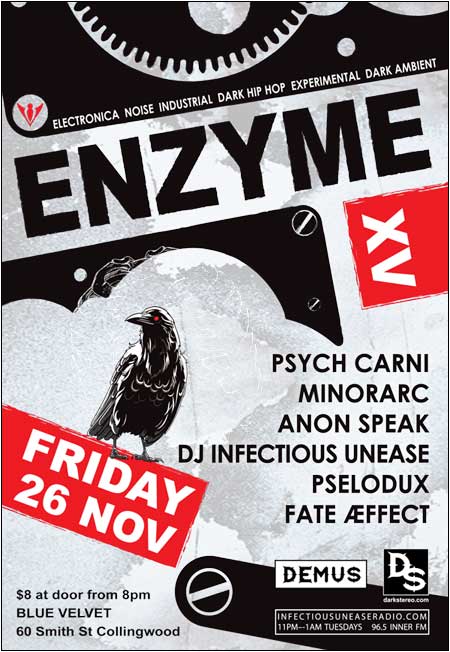 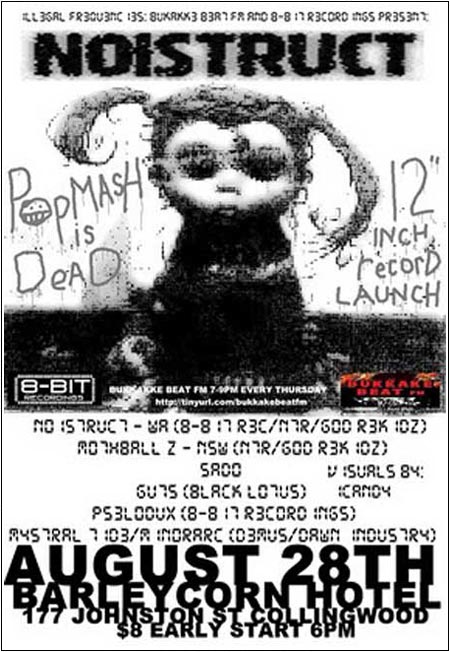 An entry point into our new style of performance, incorporating data projection of digital video landscapes with Mystral Tide audio.

Performance at the historic grounds of this 1930’s castle http://www.montsalvat.com.au as part of the poetry and song festival. Supporting with the industrial spoken word assault of Bastich and Fractl.

Mystral Tide supported Digitalis Effect and The Crystalline Effect for a full Electro Night, preparing punters for the upcoming arrival of VNV Nation in Australia.

A full night of darkness spanning everything from death metal to acoustics and dark folk, to electronic. Beastianity, Novo Homo (back from Europe – connected to Death in June and Wolf Pact), Shigella, DJ’s Robert and Kerri, Mystral Tide and more…

Support for Seij minus aÇ and the most recent installment of TG&D. Other acts included AUTO-MOD, MUSHI, SHRINE, DESPAIR, Nameless Cult.

For the first music-related trip overseas, Mystral Tide headed over to Germany to back Japanese experimental gothic project Seij minus aÇ at the infamous Leipzig festival.

Cyber Age Voodoo, held monthly at Paranormal in Roppongi Tokyo, returned on the 2nd Februrary 2002. Adam Hauch and Ivan were regularly DJing at this event, and to celebrate the release of W.O.S and the first Trucido EP, both projects played live. In true controversial style, right after the W.O.S set, a major technical glitch prevented Trucido from performing their new material, drawing further mystery into their release of “Modus Vivendi” later that year.

Trucido played new material never before performed in Japan, and Mystral Tide played “Forged” live for the first time. Although advertised as a Gothic Industrial event, Trucido and Mystral Tide fronted up as the only band without guitar, and a greater than zero number of keyboards.